The Betternet VPN is based in the US and owned by Aura Technologies. It doesn’t offer any advanced and reliable features. Betternet has been subject to many malware hacks and has been found to contain tracking libraries in the past few years. It has a shady logging policy because of its presence under the Global surveillance alliance group. Betternet has surely a poor privacy policy, it collects and sells data on user activities. Betternet uses OpenVPN with AES 256-bit encryption and IPsec with AES 128-bit AES-CBC encryption.

The VPN service lacks many advanced security features like a kill switch or split tunneling. Furthermore, the VPN also fails to unblock the most popular and widely used streaming service Netflix. Things don’t end here. When it comes to fast speeds the VPN disappoints its users. It provides slow speeds that cause connection lags and buffering throughout the browsing experience. Their server network comprises just 10 countries which is quite limited. And, the VPN doesn’t work in China. Considering all these matters, Betternet VPN is not a good option to buy, but rather use its free version. It isn’t very effective when their clients have any issues and need improvements when it comes to customer support.

Betternet VPN is clearly not a VPN to invest in. It lacks mostly all security features, has a shady logging policy, and has a history of malware attacks.

There isn’t much to talk about when it comes to Betternet’s security features and protocols. It provides a pretty basic encryption standard AES-256 military-grade along with Catapult Hydra protocol. Moreover, the service provider comes with a perfect forward secrecy feature. This feature adds a layer of security by changing the encryption keys. The biggest drawback of Betternet VPN is that it doesn’t provide a kill switch. A kill switch protects your data by shutting off your Wi-Fi in case your VPN connection drops. Thus, it isn’t reliable for torrenting because you need an extremely secure and fast service for downloading torrent files. Betternet VPN is also subject to IPv6 leaks which means your real IP could be exposed to the websites you visit.

If you plan to use Betternet VPN with the idea to enjoy fast speeds, then to your shock, it isn’t the right choice for you. Betternet VPN has a very low number of servers which relatively results in slow and inconsistent speeds.

The VPN speed depends on your internet connection, location, protocols, and several other factors. Betternet VPN provides different upload and download speeds through different protocols. Using Hydra protocol, you can expect higher speeds than the other protocols. Betternet, along with all the other Aura-owned VPN providers, makes big claims about the protocol’s speed. IKEv2 protocol and the Free version provide worse speeds. Overall, it can’t be said that Betternet VPN offers the best or even better speeds than any of its rivals on the market.

The Betternet VPN comprises 17 servers in 10 countries. The free version only allows you to use the US server whereas the premium plan allows you to consider several other locations. Betternet VPN lists 22 US state locations and also other regions including Europe and Australia.

The Betternet VPN isn’t reliable when it comes to streaming. It doesn’t unlock US or UK Netflix and many other major sites like Amazon, BBC iPlayer, Hulu, and Disney+. Thus, Betternet VPN is not recommended for streaming.

Moreover, the Betternet VPN isn’t recommended for torrenting as well. Although, it does support unlimited torrenting and P2P file-sharing across all its servers. The premium plan comes with unlimited bandwidth; thus, you can get involved in torrenting, if you want to. Why you shouldn’t be involved in torrenting with Betternet is because it lacks some advanced and reliable features necessary for downloading torrents. Besides, because of a small server network and unreliable speeds, your torrenting experience would not be according to your expectations.

Betternet VPN’s customer support is yet another disappointing factor for its clients. The VPN’s help center doesn’t include a 24/7 live chat option. Their email support isn’t very effective, as it takes ages to respond to users’ queries. However, they have an informative FAQs option and setup guides for all operating systems like iOS, Windows, Mac, and Android.

Betternet VPN is among the costliest VPNs in the market. Despite its lack of features and inconsistent speeds, it demands pretty much as compared to the services it offers. Betternet VPN comes with three plans. The first is free, and the other two are paid plans. Here is the pricing of Betternet VPN below:

Although the VPN has a free version, it does provide a 7-day free trial which lets you use all premium features and then decide either to subscribe to the premium plan or not. The service provider also offers a 45-day refund guarantee. But it’s quite irritating because you have to provide a lot of information before the VPN considers it. 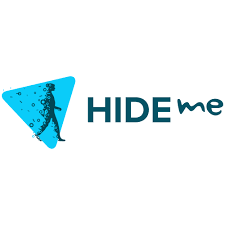