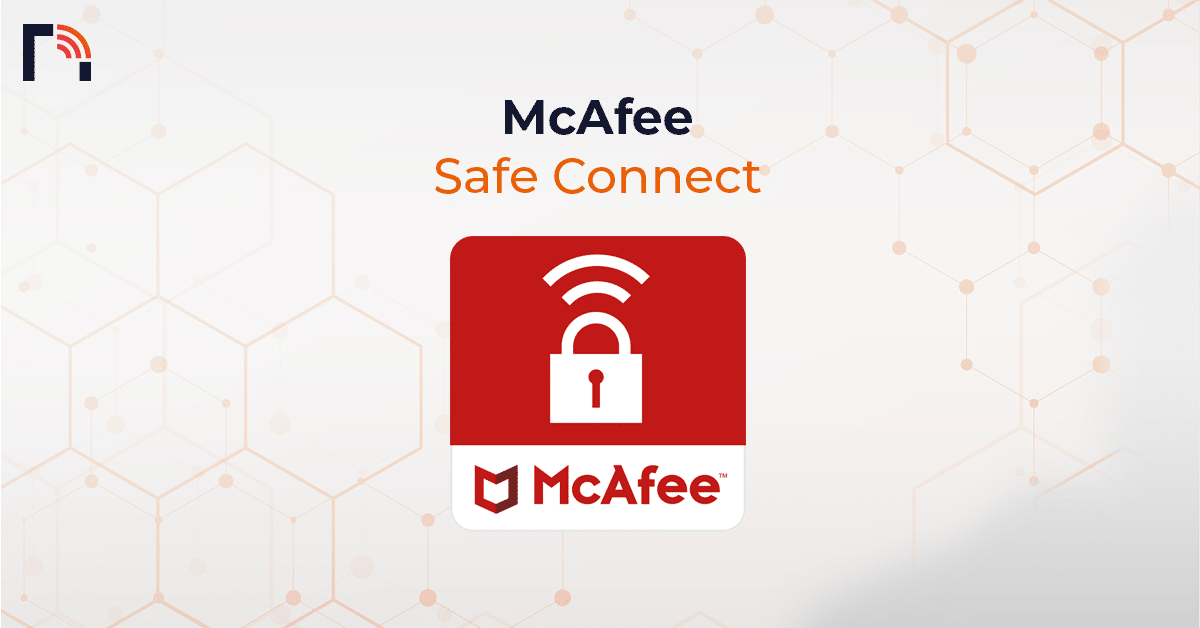 McAfee Safe Connect is a well-known US-based VPN provider known for its fast service. This VPN is also renowned for its convenient availability on different devices. The statements regarding this VPN service ensure that McAfee Safe Connect is perfect for newbie users.    To better understand how well this VPN works, I subscribed to its services and tested its crucial features. Here is a general overview of the details I conducted while testing this VPN service.

Speed Test – How Fast is this VPN?

Speed is one of the most crucial features a VPN needs to outperform. If a VPN’s speed isn’t reliable, that VPN service may not be an efficient option. Regarding McAfee Safe Connect, speed is considered the most reliable and praised feature. I first tested this VPN’s speed to gather more substantial proof. While testing its speed, McAfee Safe Connect includes Catapult Hydra technology by Hotspot Shield.

This technology serves as a highly speedy VPN protocol for McAfee VPN. It is available in top VPN providers like Bitdefender, Kaspersky, etc. As a result, it’s easier to trust Hotspot Shield’s technology for a reliable speed. Moving forward in my speed test, I also focused on the drop percentage of this VPN service. While using a local network, this VPN only showed a 10% drop in the download speed and an 8.73% drop in the uploading rate.

This drop percentage was very decent in comparison to many other VPN services. This test turned out exceptionally well, and I was bound to consider this VPN an excellently speedy service. Besides, with a VPN whose performance isn’t affected by speed drops, there can’t be a better option to consider.

Netflix is undoubtedly one of the most demanding and addictive streaming apps around the globe. Everyone around the world considers Netflix the perfect go-to option for entertainment. Besides, Netflix is the only platform with all the shows, movies, series, and other media content available in high quality. With all this, there’s no way we can avoid quality and convenient watch time.

Plenty of other streaming

Like Netflix, plenty of other streaming apps/platforms have a huge demand. These platforms can include BBC iPlayer, Disney+, Hulu, etc. Each of these platforms has a large audience hooked on its content. However, this isn’t all good for everyone around the globe. After all, geo-blocking has been a long-faced issue by people worldwide. This means many of our favourite content isn’t available to us, even with access to these platforms. How do you deal with that? It’s simple! A reliable VPN service can lift those geo-blocking barriers and offer unlimited content on any platform.

In terms of McAfee Safe Connect, it’s crucial to test if this service offers smooth streaming. Therefore, I tried this VPNs streaming on various applications. To my surprise, as much as this VPN outperformed in speed, it didn’t do great in its streaming performance. Hence, I couldn’t stream any of these in-demand apps, i.e., Netflix, Hulu, Disney+, and BBC iPlayer. Facing this was a real disappointment. Eventually, I concluded that this service is not for streaming apps by unblocking geo-restricted content.

In most countries, torrenting is illegal, and we can only access it through reliable VPN services. Now, these services are suitable for torrenting, reliable kill switches, and P2P activities. If these features aren’t present in a VPN, it might not keep your torrenting experience safe and smooth.

When I tested McAfee Safe Connect for torrenting, it became evident that this isn’t the perfect VPN service. One of the primary reasons for that is the absence of a kill switch.  You can cover your IP address with a kill switch even when your internet connection drops. Therefore, it’s a very crucial feature that a VPN should have for safe torrenting.

Moreover, while I continued testing the torrent of McAfee Safe Connect, I also explored that this VPN wasn’t a no-log server, allowing it to expose most of my info online. This info could quickly identify my real IP address and other details. In the end, this test was very disappointing, making McAfee Safe Connect unreliable for torrenting.

When you’re using a VPN service, the essential feature you demand from it is security. Since cybersecurity has become a common internet threat globally, VPN servers are considered a reliable rescuer from this security threat. Hence, every exceptional VPN server should gather its user’s trust regarding security.

A VPN security includes various security features like jurisdiction, an encryption protocol, a logging policy, and security features. To understand these features, I tested McAfee Safe Connect in-depth and explored some information regarding:

Since McAfee Safe Connect is a US-based VPN server, it falls under the five-eye country. The US shares its surveillance data with other countries, including the UK, Australia, Canada, and New Zealand.    The bad news here is that McAfee doesn’t have an excellent jurisdiction approach. In fact, like any other US-based VPN server provider, McAfee also has a weak jurisdiction.

This downfall can be due to the intrusive legal policies that make the US the worst location for operating a VPN provider.  Some legal policies that make US jurisdiction unreliable include the PRISM surveillance program and the SCA (Stored Communications Act).  You can’t say that McAfee Safe Connect is entirely safe and reliable in its jurisdiction.

Effective VPN protocols help in improving a VPN’s speed and efficiency. Understanding a VPN service’s protocols can help determine if the server will work effectively or not. Considering this, I looked into McAfee Safe Connects encryption protocols. While I looked for the protocol details on McAfee Safe Connect’s site, there was no stated protocol.

The customer support agents didn’t even mention the protocol details. Upon asking them, my only response was that they couldn’t disclose this information to the customers. All this made McAfee Safe Connects encryption protocol very suspicious.  Therefore, I decided to self-explore its encryption portals.

While self-evaluating McAfee Safe Connect’s protocol, I explored the Catapult Hydra VPN protocol. Even when this protocol was kept secretive from the customers, its performance wasn’t very reliable. As far as this protocol was concerned, it did work decently. However, it isn’t all praise because the Catapult hydra is known to be less transparent. What does this mean? It simply refers to how your online presence isn’t completely secure with this VPN protocol, as there are some flaws in its security. Hence, I doubt this secretive protocol was anything outclass offered by McAfee Safe Connect.

I further explored this VPN server and found a worth praising security protocol, too, i.e., OpenVPN. Now OpenVPN is an encryption protocol that almost every VPN user admires and trusts. Therefore, this is undoubtedly a plus point coming from McAfee Safe Connect.    What makes this protocol reliable is its fast performance and encryption support of up to AES-256-bit cypher. This support can be a huge reason why almost every VPN provider supports this protocol. As a result, most of the users also prefer it on top of other protocols.

Here’s a screenshot of its privacy policy in detail.  I concluded with this policy that McAfee Safe Connect was not a perfect VPN for highly-censored regions. However, it did seem like a decent option for less strict regions.

In the end, I also tested the DNS and IP Leak of the McAfee Safe Connect VPN server. The DNS and IP leak can weaken your anonymity online. Therefore, it’s a crucial security feature that should be present in every VPN provider. On that note, while I tested this VPN server’s DNS and IP leak, it passed the test. Since McAfee Safe Connect wasn’t that bad in terms of security, I did expect this security feature on this server.

How Much Does McAfee Safe Connect Cost?

This VPN server also offers a free plan that can be accessed without adding billing details.

Multiple customer support services are available for every McAfee Safe Connect user.    These services include:

Yet, even with so many customer support services, users might not be able to get their queries solved. Why, may you ask? It’s because all these services work poorly. By self-testing this VPN server’s customer support services, I found that statement to be true. The email support, the live chat, and even the online resources, none seemed to be effective and reliable enough to solve my problems instantly.  In the end, the 24/7 availability doesn’t do any good when the services are inferior.

Yes, a free McAfee Safe Connect VPN plan is available for users who don’t want to pay instantly. However, this free plan is minimal (with only 250MB data transfer/monthly). Therefore, only the occasional VPN users can benefit from this free access.

McAfee Safe Connect VPN might not be completely secure and advanced for its users, but it is functional. Thanks to its various useful features, primary VPN users can benefit from this VPN server.

In the end, I would say that McAfee Safe Connect VPN is not the most secure VPN service online. It has a highly invasive logging policy and severely lacks the crucial VPN features required for online safety and security. Let it be the paid version or the free one; using McAfee Safe Connect VPN would be handing over your data for anyone to exploit